The purpose of this preface is to explain what “holistic therapy” means to me, to clarify the way I use it and to tell about how I developped this understanding in years. This text contains my personal story and only a part of my experience. It is written in order to explain some parts of my approach to treatment, which emerged as a result of several trainings between the years 2001-2015 and is a combination of various treatment methods.

Human being has physical, mental, emotional and spiritual layers of existence. Each layer has its own way of functioning, but all of them are interrelated and all affect each other. These layers must be considered as a sphere of nested layers. Together, they form a system and this system is regulated by relations between all the layers. Any condition or treatment concerning humans, should not be considered independent from any of these layers. An approach which only takes the physical level into account, will be inadequate to get to the root of a problem and to treat it in the long term.

Mind and body are not two different things, they are the two aspects of a single thing. Even the most seemingly simple problem should be considered in this context. It may not be sufficient to deal with individual problems. It is necessary to establish the connection between all the existing problems and if possible to work with them in creating a common root. It is then necessary to approach the problem with the right treatment.

The physician can not do this job alone, active participation of the patient is needed. In each level, there is a need to work on their own and practice with desire, persistence, patience and stability.

Dermatology residency for me, was not only a specialization in a branch. Rather, it was the whole effort in order to observe and better understand the “whole” while specializing in a particular one. Because, while working on a part, it is possible to observe their connections with other parts of the whole. After a while, the problem ceases to belong to only that part. Each part of human being contains all the knowledge and therefore the approach and understanding  of it still  belongs to the“whole”.

During my dermatology residency at University of Baskent, I had the opportunity to meet and make long conversations with tens of thousands of patients. While living this process, the fact that certain types of diseases are emerging in people with certain temperaments was the main element that I paid attention. Certain connections occurred in my mind by listening to similar stories over and over again. I was trying to find connections between physical, psychological and emotional aspects of the illnesses. More importantly, I discovered circumstances when many seemingly unrelated symptoms or diseases were essentially based on the same emotional and psychological basis. Diseases that appear to be different, could be due to a common psychological origin.

When I finished my residency in Dermatology, I took the exam to qualify to graduate studies and I was admitted to the Faculty of Pharmacy in Phytotherapy (Herbal Medicine).

While this study was continuing, my research in the field of complementary medicine was continuing too. When I discovered “Acupuncture” I decided to learn about it. Yet I took another exam and then I started acupuncture education in Gazi University.

I had read a lot of philosophy before, but when I read the Yin and Yang principle on which “Traditional Chinese Medicine” is based, I was very impressed. When I learned the concept of five elements and how to use it, many complaints of my patients which seemed meaningless when viewed from the perspective of Western medicine had suddenly made sense. I could now use the knowledge and methods of Western medicine in conjunction with Traditional Chinese Medicine.

I wanted to learn more and more about this topic, thus emerged the idea of going to China. I made my preparations, I learned Chinese as much as I will need in everyday life and I took the road towards Nanjing University of Traditional Chinese Medicine.

One of the biggest benefits of my China trip was to understand that I needed to deepen my knowledge in ear acupuncture. Although it originally belongs to Chinese medicine, acupuncture of the ear had been better studied and systematized by a French doctor. Dr. Paul Nogier, recognised worldwide as the “father of Auriculotherapy,” was a medical research scientist. As physician, in particular he practiced acupuncture, psychotherapy, homeopathy and manipulative medicine. In 1951, his expertise in these techniques led to his discovery of Auricular therapy, then ten years later he developed Auricular medicine. The results of Paul Nogier’s work are now well known, and are taught and used in Europe, the United States and even in China, the birth place of acupuncture.

Paul Nogier had died in 1996. However, his son, Dr. Raphael Nogier was the president of the school (GLEM) founded by Paul Nogier.

I wrote them in order to participate to their educational seminars immediately. But there was one small problem. From time to time there were other auriculotherapy seminars in english language, but the seminar programme of GLEM was in French. It didn’t matter to me. I started to learn French. 9 months after that, I was in an Auriculotherapy seminar given by Raphael Nogier in Lyon.

The seminars of Raphael Nogier also opened up new horizons for me about nutrition and food sensitivities. He had developed some new techniques to detect food allergies and he was continuing to improve them.

I met the opportunity of Qigong training, which is also an important part of Traditional Chinese Medicine in 2013. Education was in Istanbul and was given by a doctor of traditional Chinese medicine. I completed the three stages of the training between the years 2013-2014. It’s hard to explain the content of it and it’s impact in my life, but this training was a process such as “Exceeding the threshold for the formation of chemical reactions”. I was already familiar with the “equilibration” concept because of acupuncture, but this time it was unveiled in front of me, in a different way. The missing piece for me, in traditional Chinese medicine was completed. Specific treatment to each person and the concept of rebalancing has become really specific this time.

Hypnosis education began, while the Qigong training was continuing. Hypnosis encompasses the entirety of our lives and hypnosis training leads the way in order to get out of the hypnosis that we live in. Even the advices (positive or negative) of people to whom you trust and believe can mesmerize you, this means that hypnosis is already fully present in life.

Medical hypnosis is focused and limited, only medical doctors and clinical psychologists are allowed to practice it. The purpose of medical hypnosis is, by being a catalyst, to strengthen the willpower and determination of people for the transformation that they desire and to help them set themselves free from unwanted patterns. Here, the hypnotherapist does not conquer anybody’s will, he only tries to create the chance for them to reach their own resources.

I am adding the paragraph that I wrote at the beginning of this preface:

Human being has physical, mental, emotional and spiritual layers of existence. Each layer has its own way of functioning but all of them are interrelated and all affect each other. These layers must be considered as a sphere of nested layers.Together, they form a system and this system is regulated by relations between all the layers. Any condition or treatment concerning humans, should not be considered independent from any of these layers. An approach which only takes the physical level into account, will be inadequate to get to the root of a problem and to treat it in the long term. 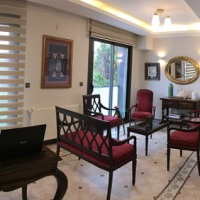 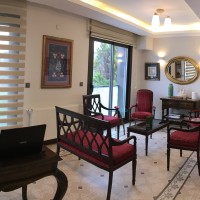 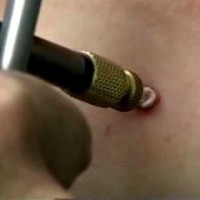 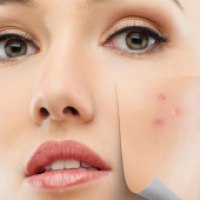